The going-to future is used in English when an action can be predicted according to external circumstances:

for example: Look at the clouds, it is going to rain.

You can tell because of the clouds that it "is going to rain". 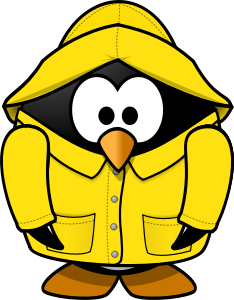 Look at the clouds. – It is going to rain.

The "going-to-future" is also used for plans in the future. As a memory-hook you might say that whenever you can add "I plan to..." to the beginning of the sentence, you are in going-to-future land.

for example: We are going to go on holiday next week.

We plan to go on holiday next week.

The going-to-future is formed by the help of the auxiliary be plus going to plus infinitive:

When negating the going-to-future simply add "not" to the auxiliary "be"
The short form is accordingly: 'm not/isn’t/aren’t going to.

The question shifts the auxiliary to the front of the sentence: (inversion)