If an adverb is regular, you simply add -ly.

I will take a quick look. → I will look quickly.

Of course, there are some exceptions:

The adverbs lately and hardly exist. However, their meaning is entirely different form the meaning of the adjectives late and hard

Especially in the case of hardly there could be confusion: 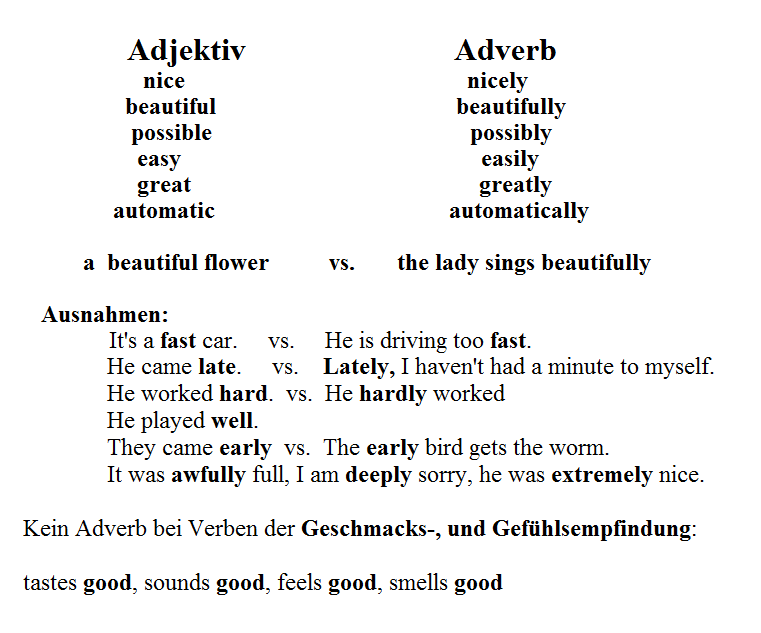 Verbs of sentiment and perception

Verbs of sentiment and perception don't use its adverbial form.

If an adjective relates to an adjectives or adverb and describes it further, it is also put into its adverbial form: