The simple present is mostly used when actions are executed regularly. 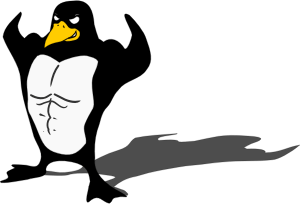 example: He alwas goes to the gym.

He goes to the gym on a regular basis, therefore: simple present.

The formation of the simple present is not really a big problem. All you have to do is to add an "s" in the third person singular. All other forms use just the infitive.

Of course, there are some exceptions:

If the penultimate letter is a consonant, -y + s turns into -ies:

but: If the penultimate letter before -y is a vowel , -y remains: plays, stays,

have, do use special forms in the third person singular

To be is completely irregular. be ist komplett unregelmäßig:

The English language negates a statement by using the auxiliary do. So if you don't like Coke, you don't not like Coke. Makes sense? do not (don’t) respectively does not (doesn’t) .I don’t like Coca Cola.” also “Ich tue Coca Cola nicht mögen.” bedeuten. Etwas merkwürdig, aber mit etwas Übung kein Problem.

After the negation by does not, doesn’t the main verb loses its dangling -s.

The third person singular is sufficiently defined by the

Just as the negation, also the question, uses the auxiliary do to turn a statement into a question.